Certified Professional Builder Of the Month

The Certified Professional Builder of the Month for January 2015 is Rhonda Trower with Custom Builders of Oklahoma. Rhonda is a member of the Builders Association of South Central Oklahoma. BASCO nominated Rhonda for her leadership efforts on their board of directors and for representing the industry in a most professional manner.

Rhonda exhibits professionalism is all that she does, that is why she has been recognized by BASCO as Builder of the Year in 2012, the WT Jameson Membership award in 2012, a past winner of the CPB of the Month is December 2012 and has been on the BASCO Board of Directors since 2011. Rhonda also built the BASCO Festival of Homes Show Home in 2013 and is still active on the Festival of Homes Committee.

A participant in the CPB program since 2009, Rhonda highly values the continuing education she receives. She is a regular attendee of the state's premiere education program, the OK Building Summit. Rhonda regularly promotes the CPB logo (seen above) on all of her marketing materials.

The Oklahoma State Home Builders Association is proud of the continuing contributions to the building professional industry by recognizing Rhonda Trower as the January 2015 Certified Professional Builder of the Month! 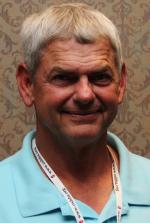 The Certified Professional Builder of the Month for August is David Caddell of David Caddell Homes. David's name was submitted by the Builders Association of South Central Oklahoma. David has been a CPB since 2008. He builds in the Norman and Moore areas.

David was president of BASCO in 2012 and has served on their board of directors since 2008. He has served on many of their committees and was chair of the Festival of Homes committee in 2013. He is also a member of the Norman Chamber of Commerce.

David Caddell Homes has been in business for many years in the Norman area. Their portfolio includes custom homes ranging in size from 2,000 to 14,000 square feet. He builds three to four custom homes a year in Norman and the surrounding area.

Every custom home is personally supervised by David Caddell. Because of this quality versus quantity approach, there is a high level of direct communication between the custom home buyer and the builder. Customers are guided in their home building process and are allowed full participation in the selection of amenities used in their home including the latest technologies and energy standards available.

David is proud of his certification and proudly displays his CPB certificate in his office and the logo on all of his marketing materials. 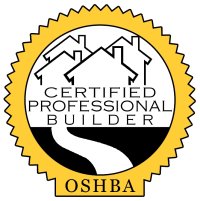 He greatly values the continuing education he receives and attributes it to making him a better builder. Please join us in congratulating David Caddell as the August CPB of the Month for the Oklahoma State Home Builders Association.

The Oklahoma State Home Builders Association is proud to announce that Sean Cullins with C&C Builders is the July 2015 CPB of the Month. Sean is a member of the Builders Association of South Central Oklahoma (BASCO). He has been a Certified Professional Builder for as long as he can remember. (His nomination form says he could not remember when he joined, but the program was started in late 2002.)

Sean has been on the BASCO Board of Directors since 2011. He has recently became active on the state level and has participated in the last two OK Building Summit - the premiere education event presented by OSHBA. Sean proudly displays the CPB logo on his website, on his facebook page and on his other marketing materials. He enjoys the continuing education he receives from the Summit and other seminars that his local HBA sponsors.

Again, please help us to congratulate Sean Cullins as the July 2015 CPB of the Month! 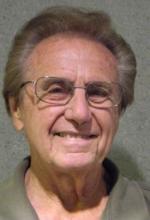 The CPB of the Month for June 2015 is Dave Carr with Dave Carr Construction. Dave is a member of the Central Oklahoma Home Builders Association and has been an active builder in the Greater Oklahoma City area for over 45 years. Dave is the epitome of professionalism and is living proof that the old adage "can't teach an old dog new tricks" doesn't apply to him. Dave has been a Certified Professional Builder for many years and is a regular attendee to the OK Building Summit. Dave also regularly attends the International Builders Show that is presented by NAHB and always participates in many of their education offerings.

Dave is the current Membership Chair for COHBA and is also on their Board of Directors. He not only actively recruits new members - he actively advocates for builders to become certified professionals.

Please help us to congratulate Dave Carr as the June 2015 CPB of the Month! 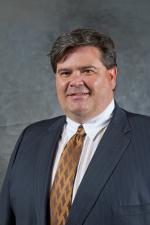 Tony Foust with DaVinci Homes in Norman, Oklahoma, has been selected as the May 2015 Certified Professional Builder of the Month. Tony was nominated by his local association, the Builders Association of South Central Oklahoma (BASCO) for his continued pursuit and support of professionalism in the industry we call homebuilding. Tony currently serves as the President of BASCO and is a former chairman of the CPB committee for the state association.

Tony believes every builder should desire to become a Certified Professional Builder. So much so that he participated in a video production regarding the program. He even has it imbeded on his website! Talk about support for the program!

DaVinci Homes builds in the Norman, Blanchard and Newcastle areas. From carrying the proper amount of insurance to providing detailed contracts and warranties to building to code no matter the area, as the owner of DaVinci Homes, Tony represents the ideals of the CPB Program.


Please join the Oklahoma State Home Builders Association in congratulating Tony Foust as the May 2015 CPB of the Month!

Jay Evans with Two Structures, LLC is the latest professional to be designated the Certified Professional Builder of the Month. Jay was nominated by his local association, the Central Oklahoma Home Builders Association (COHBA), for his pursuit of excellence in the homebuilding profession. He has been involved in the CPB program since July 2011.

Jay is a member of the Board of Directors for COHBA and serves as the Chair of their NW Council. Jay was the "House of Hope" builder in 2014 and the proceeds from building the home benefitted the Home Builders Care Foundation was over $14,000. He regularly participates in the Foundation's biggest event - the Kids Christmas.

Jay takes the profession of homebuilding seriously which is why he became a Certified Professional Builder. The education he receives from participating in the program has helped him become one of the elite builders in the Oklahoma City area.

Those of us at the Oklahoma State Home Builders Association are proud to announce him as the latest recipient of this award and asks you to join them in congratulating Jay Evans as the April 2015 CPB of the Month! 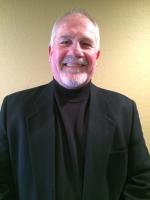 The CPB program was developed by the Oklahoma State Home Builders Association to promote the professionalism of the industry. To be "certified" by OSHBA a builder member had to step up from the basics of just joining the association. As with any professional, continuing education was the primary goal.

Ken welcomed this challenge and has been a proud participation ever since. He utilizes the log in his company's marketing materials and especially appreciates the continuing education opportunities the program affords. He has participated in the OK Building Summit and recently attended the International Builders Show.

Ken jumped into the program and association by actively participating in association activities. Ken is active on the Code Review committee for BASCO as well as their Festival of Homes Committee.

Please join with us in recognizing Ken Beatty as the March 2015 CPB of the Month.

Mark was nominated by COHBA for exhibiting the qualities in the Association and for the program that he exhibits in his profession. The qualities are a dedication to honesty and integrity as well as quality construction.

Mark is a second generation builder. He first started working with his father and then started his own company in 2000. He primarily builds in Edmond and NW Oklahoma City. He proudly displays the CPB logo on all of his marketing materials. Please join us in recognizing Mark Methvin as the February 2015 CPB of the Month.